Advantages of Arbitration in Avoiding Litigation

Getting caught up in the court process is time-consuming, expensive, and almost never good for your company’s reputation even if you win. So going to court to resolve a dispute, whether with an employee, client, vendor, or business partner, is something you want to avoid. To that end, the next time you find yourself in a dispute, think about trying to resolve it through alternative dispute resolution (ADR).

The two most common forms of ADR are mediation and arbitration. Both are designed to assist disputing parties in resolving a disagreement without resorting to litigation. Booth business owners and the legal system are embracing ADR as a better way to go than through the court system. Some courts, such as the Las Vegas Small Claims Court, even compel you to utilize ADR before bringing a matter to trial, and it’s common practice for many businesses to include “boilerplate” or “fine print” in their contracts requiring ADR before litigation. For example, if you use Facebook, Amazon, or Netflix, you agreed to participate in ADR when you accepted the company’s Terms of Service. These ADR provisions are not necessarily bad provisions, but you should understand what you have agreed to and the rights you may have given up before signing these agreements.

Arbitration is one of the most popular types of ADR, and it has become a preferred method for resolving disputes outside of the courtroom. Here, we’ll go through how arbitration works and why you may choose to use it instead of going to court. 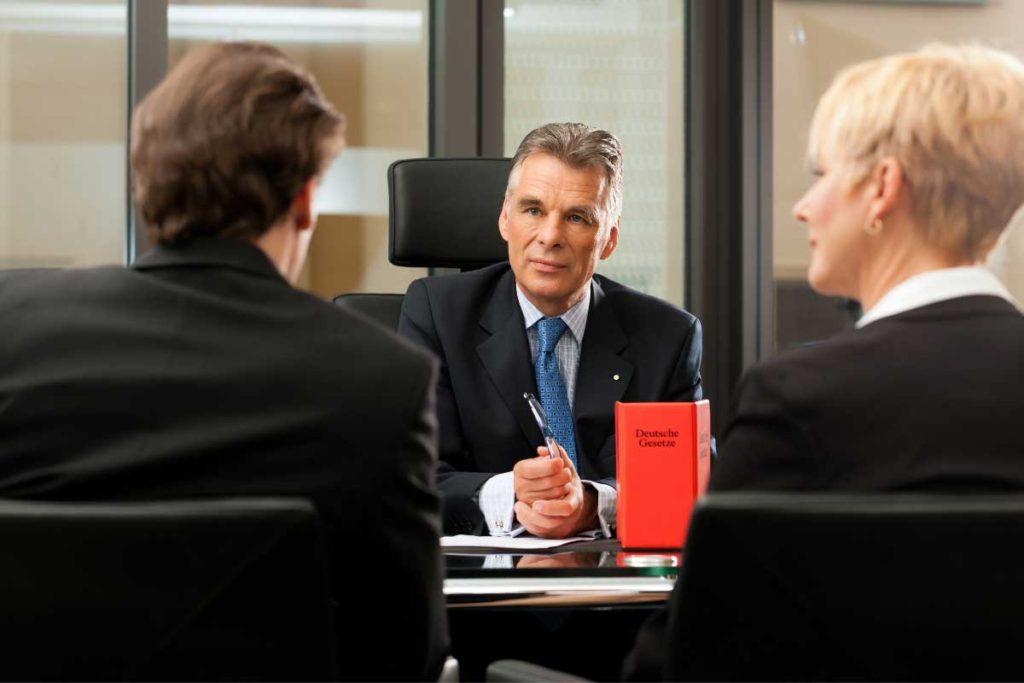 As with other types of ADR, arbitration involves presenting your case to a neutral third party who oversees the process and assists the parties in resolving their dispute. The third-party, or arbitrator, may be an individual or a group of people. Unlike judges who are randomly assigned to your dispute with little or no input from you, arbitrator(s) are selected subject to the approval of both sides of the dispute.

Arbitrators act similarly to judges in that they listen to arguments and are provided with evidence from both sides, and then utilize that information to reach a decision. Although arbitration hearings are similar to those in a trial, they are much less formal, with fewer rules and procedures to follow and a considerably more flexible schedule. Arbitration is also a private process, with all proceedings conducted in the strictest confidence. In comparison, the lawsuit process is public and becomes part of the public record, which may result in negative publicity for your business.

Arbitration is generally more expedient, less expensive, and more convenient than going to court. Arbitrators often have more flexibility than judges regarding their power to propose more innovative solutions to dispute resolution because the arbitrators’ power is defined by the parties’ agreement whereas the judges’ power is defined by the law. Additionally, the procedure is intended to be less hostile than court proceedings, which may be a significant advantage if you want to maintain your business relationship with the other party.

And since arbitration is conducted in private, it is much less likely to have a negative effect on your company’s image. It enables you to keep your confidential information safe from the prying eyes of your rivals. While arbitration does not require attorneys, many business owners do have attorneys on hand to act as counselors and advocates throughout the proceedings. But because arbitration is a process different than court, if you choose to hire an attorney, you will want your lawyer to be experienced with arbitration.

While disputes are inevitable in business, litigation in court does not have to be. Arbitration has the potential to substantially reduce the direct and indirect costs of litigation by providing a faster, more advantageous resolution for all parties concerned. Furthermore, by including mandatory arbitration provisions in your agreements, you may gain better control over potential disputes before they arise and assist in guaranteeing contractual disagreements are handled in the most productive way possible.

This article is a service of Greg Gordillo, Family Business Lawyer™. We offer a complete spectrum of legal services for businesses and can help you make the wisest choices on how to deal with your business throughout life and in the event of your death. We also offer a LIFT Start-Up Session™ or a LIFT Audit for an ongoing business, which includes a review of all the legal, financial, and tax systems you need for your business. Schedule your LIFT Session today!